The research group of Shige H. Yoshimura (GSB, Kyoto Univ.), Hiroya Yamazaki (former Ph.D. student in GSB, Kyoto Univ., and current Assistant Professor in Univ. of Tokyo), Tatsuya Hirano (RIKEN), Masatoshi Takagi (RIKEN), and Hidetaka Kosako (Tokushima Univ.) revealed the mechanism of how protein phosphorylation, one of the most important post-translation modifications, regulates liquid-liquid phase separation, which plays pivotal roles in the formation and dissolution of intracellular membrane-less organelle such as nucleolus. Phosphorylation has been known to regulate protein function via stereo-specific effect. However, it was not well understood how it affects the function and behavior of non-structured (intrinsically disordered) proteins in an intracellular milieu. The group demonstrated that the addition of negative charges by phosphorylation increases or decreases the charge segregation pattern, “charge block”, along the disordered polypeptide and enhances or suppresses the liquid-liquid phase separation, respectively. This finding provides a mechanistic linkage between post-translational modifications and liquid-liquid phase separation. The nucleolus is an intracellular membrane-less organelle that plays critical roles in the cell cycle, cell proliferation, stress response, innate immune system, and viral replication. The group’s new finding will contribute to the understanding of the mechanism of those cellular events, as well as to the development of new treatments for the dysfunction of those cellular processes.

This finding was published in Nature Cell Biology on May 5th, 2022. 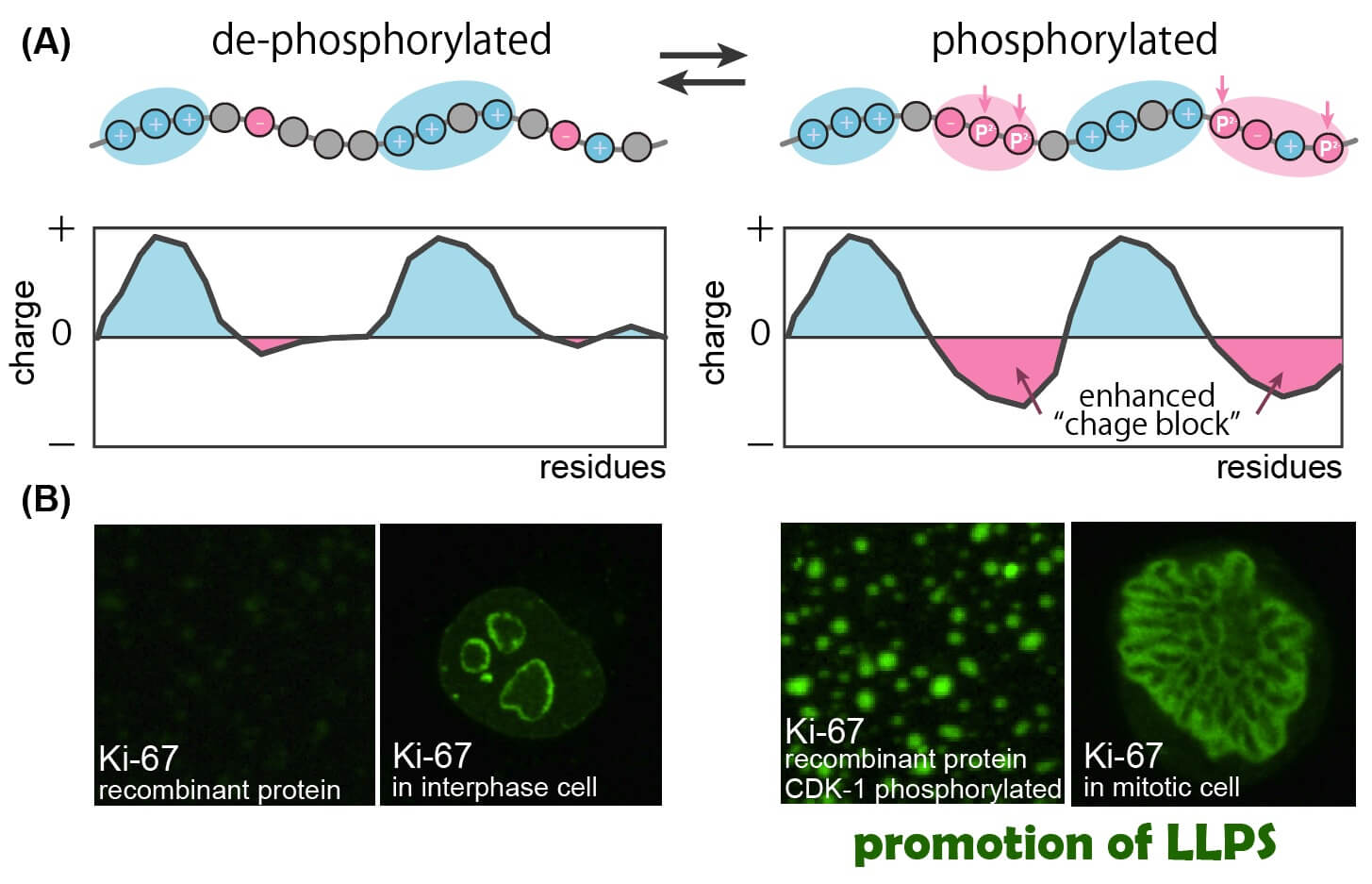