Some types of oncogenic cells are known to induce cell death in surrounding normal cells, which is called “supercompetition”. However, the mechanism of supercompetition and its role in tumorigenesis remained unknown. In Drosophila epithelium, cells activating oncoprotein Yorkie (a YAP homolog) become supercompetitor that eliminate neighboring wild-type cells.

Since the molecules identified in the Drosophila system are conserved in humans, it can be applied for developing a new anti-cancer strategy focusing on tumor supercompetition.

This work was published online in “Current Biology” on February 7, 2022. 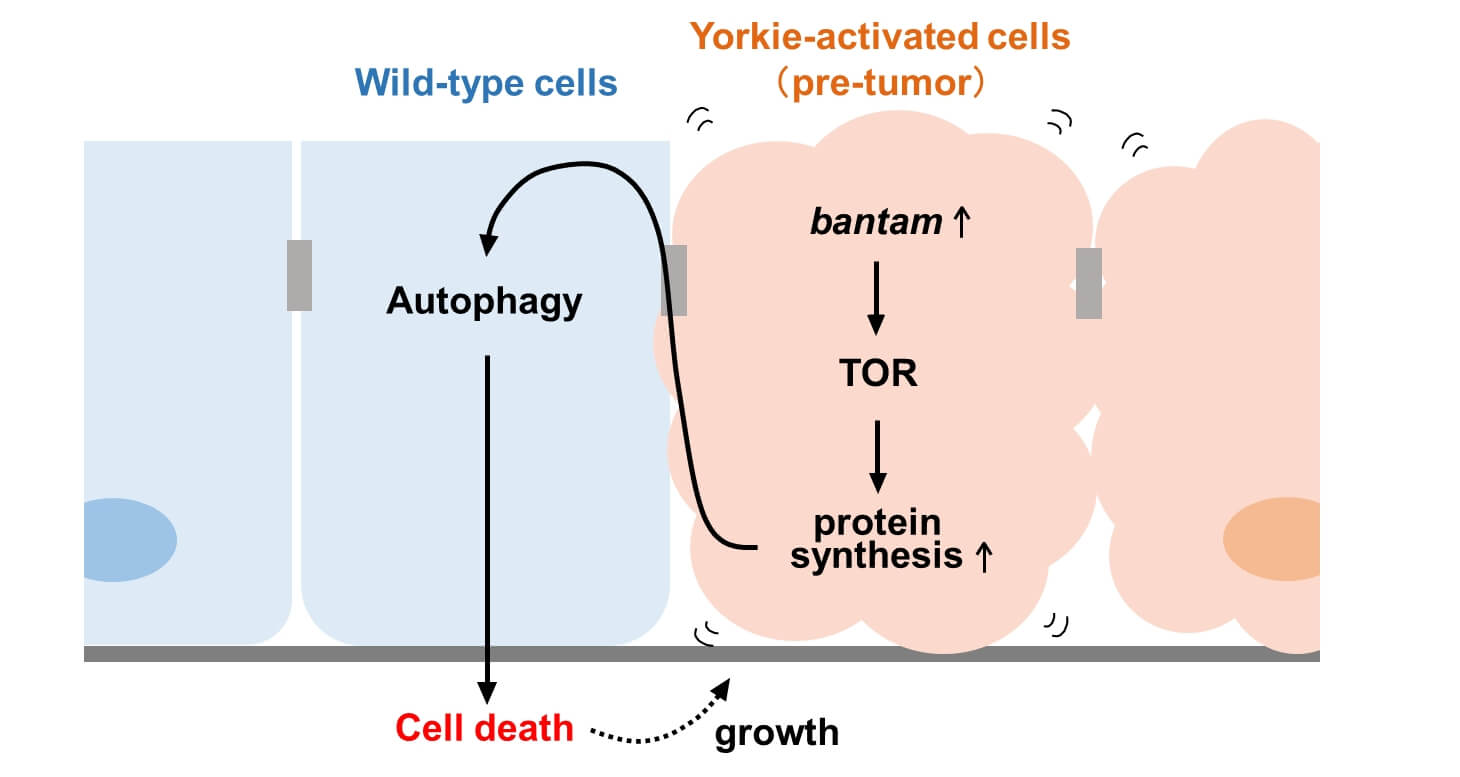