Laboratory of Molecular Biology of Bioresponse 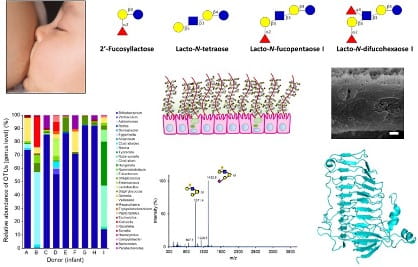 In the early 2000s we found that certain gut microbes possess a series of glycosidases that act on host-derived glycans. Since then, we have focused on the symbiosis between gut microbes and humans mediated through host glycans such as human milk oligosaccharides and mucin O-glycans. While most researchers in the filed of gut microbes are approaching the symbiosis from the host side, we are trying to understand the symbiosis and co-evolution from the viewpoint of bacterial metabolism with genetic, enzymological, and ecological approaches.