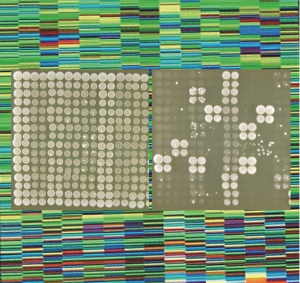 Chromosomes are present in all organisms as nucleic acid-protein complexes and play a central role in transmitting genetic information. The genetic information is essential for not only the formation of an individual organism, but also essential for the maintenance of the entire species. Although the morphology of chromosomes varies depending on the species, the fundamental mechanism for their function is considered to be common in many aspects. We are analyzing its mechanism using the fission yeast Schizosaccharomyces pombe as a model system. Chromosome function is complex and regulated by a large number of genes. And in many cases, these genes do not act alone. They control the function of chromosomes by physically or functionally interacting with other genes. We are trying to find out the overall picture of regulation mechanism of chromosome by elucidating the networks formed among such gene clusters and analyzing their mechanism of action. Regarding the molecular organization of chromosomes, we have created a set of mutant strains having artificially modified chromosomes at specific sites in various region and are analyzing changes in chromosome behavior by genetic methods.